I have been using this widget since it was re-introduced to the Chumby community. Now see that the app is not working and only showing the words Refreshing auth. Is there anything i need to do?

We'll look into that.

Thanks for the report. Updated the widget - please try again.

When you run the updated widget, expect token refresh to fail (as it clearly has been), but for an error dialog to be displayed, allowing you to authenticate with google again.

Thank you. I will give this another try. Really Appreciate your help.

Hmmm, I wonder if this is why my (two) Google Calendar Viewers have suddenly taken up showing a black screen with this message:

(That latter [OK] being a white-on-blue OK button that does nothing whatsoever when pressed, or upon pressing anywhere near it for that matter).  Oddly, one of the two calendars continued to work after the other one started exhibiting this behavior the other day, but now they're both doing it.  This occurs right after "refreshing auth", btw.

aha -- now it's sometimes showing, instead of the black screen above, "fetching calendars" and then "Failed to get calendars".

Just tried removing the widgets entirely and starting from scratch,adding the Google Calendar Viewer Beta (6/14/2015) widget (two copies); after reloading the channel, I do get the setup dialog, but it immediately fails with "Request for auth token failed".

Any thoughts?  It has been working a treat up to just a few days ago.

@bho Thanks for the report. I have not been able to replicate the behavior you describe (failing at step 1 in device auth). On what device(s) is it failing for you?

This is on a Chumby One.   I recall I ran some logging diagnostics when the new Google auth code was being worked out a number of months ago... I could do that again it it would help.

Then after rebooting my chumby and the Calendar Viewer runs I now get the screen that says: "To use this app, you must connect... Following instructions on the next screen".  However when going to the Next screen I see "Getting auth code" followed by "Request for auth token failed."

Seems like something changed on the Google side compared to the a few months ago when I first authenticated with the new beta version put out.

@bho yes that would be helpful if you could capture a log.

Fixed a few bugs related to re-configuring after google token has expired or been revoked.

Please try again, and thanks again for taking the time to report bugs!

Please could you talk me through this. I still receive the expired message and no matter how much I retry it says the same. Do I need to remove Chumby from my Google Devices? How is this done please...?

You should not need to revoke access on google, but yes, do give it a try. You can do that from the google security permissions page. After that, you will need to reauthorize your calendar widget. Also, power cycle your chumby if you have not.

I was able to reproduce two issues that were reported:

I applied fixes for both issues, but perhaps there is a permutation of #2 that did not get addressed by the fix (which you are still experiencing).

@bho and @asolberg: did the most recent update fix your calendar widget(s)?

Make sure you refresh your channel or reboot your device, to make sure you're getting the latest version of the widget.

I will follow this steps and let you guys know how I get on. Thank you (as always).

I have tried all options and still receive the same end result. Token has failed. Any other suggestions?

If you are OK with me viewing your calendar we could coordinate a time where I add a calendar widget to my channel and you authorized it against your account - assuming that reproduces the issue I should be able to debug it.

Sure. Tell me what the next step I need to take... 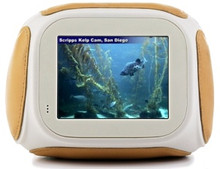 I am using the lovely Chumby Classic as my device.

Just out of interest could I be experiencing these problems because I am outside the USA?

Also experiencing the same issues with Google Calendar Beta. I cannot get my Chumby connected to the Google Universe.

I've had the same problem, since about the same time.
I removed the widget, revoked access on Google, added the widget again, power cycled the Chumby and tried to get access, but got the same message "Request for auth token failed".

OK, so it appears this issue is related to the version of firmware on the chumby Classic.  If you're running software version 1.7.2 or earlier, please follow the instructions here to update to firmware version 1.7.3.

Firmware 1.7.3 has an updated SSL certificate bundle - it appears some of the certificates in the 1.7.2 firmware have recently expired.

Great to have her working again. A big thank you to Chumbian for his patience and fast action.

Sorry, been out of contact on this issue, but it continues on my Chumby One.  As of tonight 29 June, I also have removed the widget (Google Calendar Viewer Beta), revoked access on Google, added the widget again (the Chumby site says it's the 06/22/2015 version), rebooted the Chumby and tried to get access, but got the same message "Request for auth token failed", retries produce the same results (or lack thereof).

Tried a log just now and I don't see that it says a lot, but maybe it'll mean something to you!

What is the version of the software on the device (Settings->Chumby Info=> SW)?